Rowena is an industry award winning Multi modality trained practitioner & best selling author with over 2 decades of experience in the wellness industry. She was drawn to this field after suffering from anxiety, an eating disorder & rheumatoid arthritis & healing herself naturally.

Ka Huna Massage Sydney
She has a passion for mind-body medicine and working with clients with stress, anxiety, trauma & PTSD, alongside gut health.

She believes strongly in an integrated, holistic approach to wellness, drawing upon various evidence-based modalities and techniques. She conducts 1:1 consults alongside group retreats & health workshops.

She is currently undertaking a Graduate Diploma in Mental Health, is a Bachelor degree Naturopath, has advanced diplomas in nutrition and herbal medicine, as well as post graduate training in Neuro Emotional Technique (N.E.T). She is also a shamanic practitioner, psychosomatic massage therapist (Kahuna) & avid international yoga instructor. 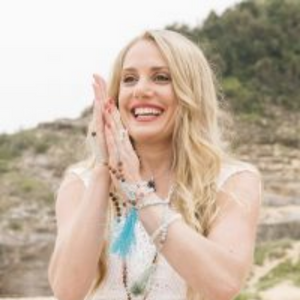 Rowena is additionally trained in Remedial Massage, Dry Needling, Ayurvedic Medicine and numerous other modalities, all of which she draws upon during her consultations.

Rowena is a guest writer for complete wellbeing magazine. She is an ambassador for various health and wellness companies including Yoke Magazine & Anahata Yoga Wear.

Rowena has a bubbly personality, and she brings this energy, combined with a dedicated, thorough approach, to her consultations.