Jodie was the first ever Australian to undertake Bikram Yoga Teacher Training in the USA. She introduced Hot Yoga to Australia in 1998.
Jodie didn’t know how the Northern Beaches would take to this yoga that she loved. Well, they loved it too! At the time it was considered to be “unusual” to say the least, but the benefits are evident. Now, hot yoga is everywhere. While all Bikram yoga is hot, all hot yoga is NOT Bikram yoga!

Word spread that Bikram Yoga changed lives, fixed broken bodies and screwloose minds and within 3 years the little studio was bursting at the seams so we moved to our current home in Wattle Road Brookvale where Jodie was also able to offer an abundance of therapists as part of the Wellness Centre. 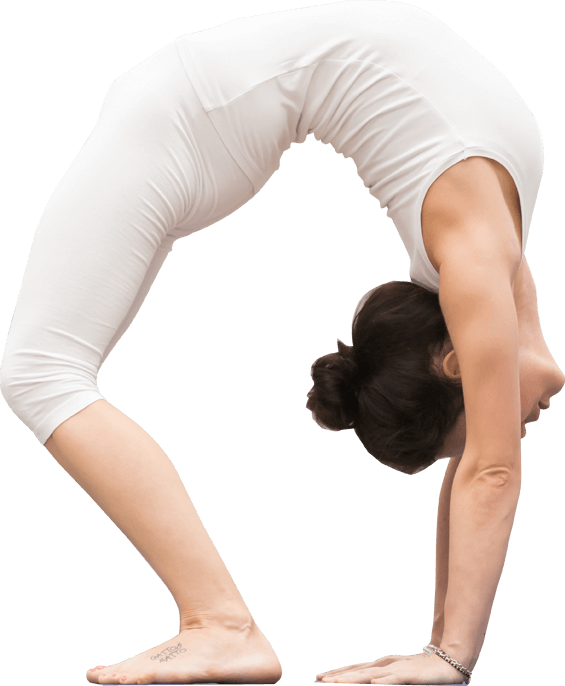 The Story of Bikram Yoga

Bikram Yoga was created by Bikram Choudhury in the early 1970s from a lineage that stretches back thousands of years. The philosophy of Bikram yoga is steeped in ancient wisdom and knowledge of the body and the mind.

Choudhury trained in the 1950s and 1960s under his guru Bishnu Charan Ghosh, one of the most respected yogis and physical culturalists in India. Ghosh in turn was trained by his elder brother, most commonly now known by his spiritual name, Paramahansa Yogananda.
Ghosh’s writings influenced the development of modern yoga as exercise in India.

As Bikram yoga has its roots in the physical culture aspect of yoga, it has a reputation for being necessarily challenging and tough. The purpose of the physical challenge is to build mental resilience and self-awareness.

Through learning to know and understand our body and its capabilities and working on improving those capabilities, we can improve our mental and emotional wellbeing. Ultimately this brings a life with perspective, full of vibrancy, strength and peace.

Realising the incredible benefits that yoga could bring to the west, Choudhury founded Bikram Yoga based on Ghosh’s teachings. He developed the series of 26 postures and 2 breathing exercises in the early 1970s working in Japan with scientists and doctors.

“The great thing about Bikram yoga is that you don’t have to be good at it…. you just have to be persistent”

Who can do Bikram Yoga?

Our Bikram Yoga community is enjoyed by regular and casual yoga practitioners alike – some students come every day, others come a couple of times a week. What makes Bikram Yoga different from other forms of yoga is the intensity of the workout you receive during a 90 minute hot yoga class. It can be challenging and confronting, however students are in a safe environment with highly experienced teachers and you only need to do as much as you can each time you come to class.

Although Bikram Yoga is perceived to be a hard form of yoga, it really doesn’t have to be. The challenge in Bikram Yoga is predominantly a mental one – the postures themselves are not difficult and can be easily learned. After one or two classes your body quickly remembers each posture and you attempt it the best you can.

Bikram Yoga is popular with all ages. At our studio we have teenagers practising alongside grandmothers in their 70s. You are never too old to practice Bikram Yoga!

Bikram Yoga Studio caters to yoga students throughout the Northern Beaches – including the suburbs of Manly, Balgowlah, Seaforth, Manly Vale, Allambie Heights, Curl Curl, Dee Why, French’s Forest, Collaroy, Mona Vale, and even up to Palm Beach and Avalon. We also have students travel from the Inner West and North Sydney.

An intro pass is perfect to
begin your journey.
Try as many classes as you want
in 14 days!